A COMPARATIVE ANALYSIS OF CHEVROLET PRINT ADVERTISEMENTS FROM 1960S TO 2000S 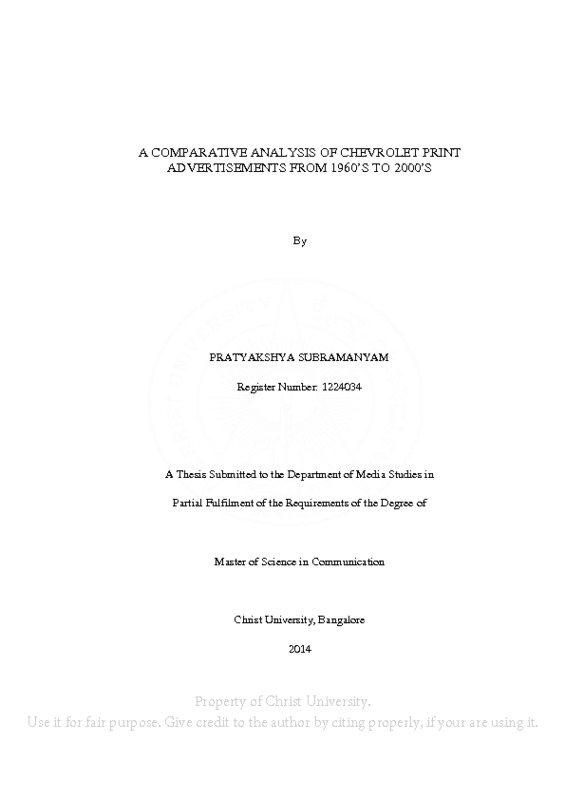 A COMPARATIVE ANALYSIS OF CHEVROLET PRINT ADVERTISEMENTS FROM 1960S TO 2000S

The appeal of print advertisements have always been said to have both short term and long term effect and the advertisements that feature the much needed product in a clear and appealing manner deserve to stay in the minds of the readers. Talking about the print advertisements of vintage cars and the present day advertisements of cars of the same brands, there has been a change or so as to say a vast modification from what we had in the past and what we have now. The cars of Chevrolet over the years have developed in terms of features, style and power and variety of cars have been remodelled and made more presentable according to the needs and requirements of that particular generation hence making few vehicles of Chevrolet available for the third generation as well. The study would examine the different features used in print advertising by the Chevrolet car manufacturing company (a brand that goes back to the 1950s and 1960s) to woo its potential customers.