Children's Well-Being in Traditional Vs. Montessori Schools. A test of Self-Determination Theory 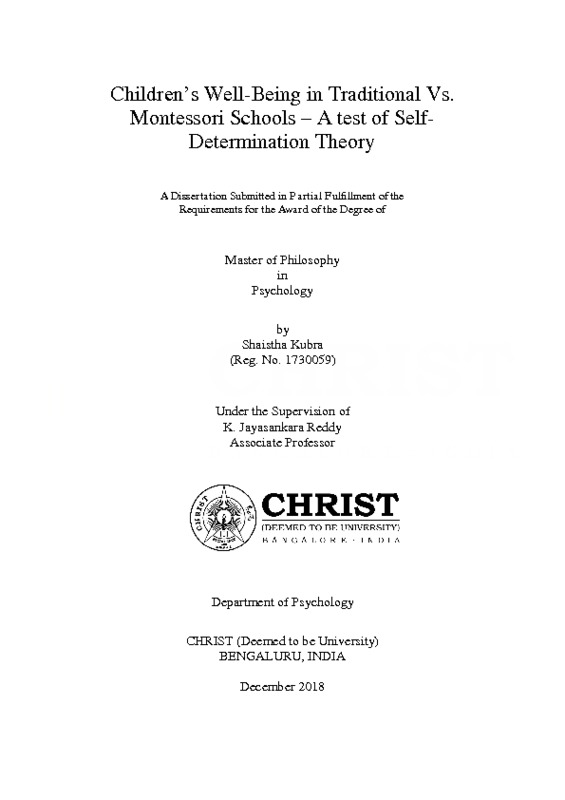 Children's Well-Being in Traditional Vs. Montessori Schools. A test of Self-Determination Theory

The present study is a test of Self -Determination theory, which is well established in the field of education with a huge body of empirical evidence to support its assumptions that when the three universal psychological needs (Autonomy, Competence & Relatedness) of a child are met they will grow and function optimally leading to enhanced well-being. It is evident that Montessori philosophy is overlapping with the components of SDT. This study was conducted to examine the extent to which the three psychological needs are satisfied in Montessori schools in comparison to the Traditional schools. A purposive sample size of 80 children in elementary grades was selected from both Montessori and Traditional schools. Perceived support experienced by the children and their Well-Being was determined to establish the assumption of the SDT. The results showed that children in Montessori schools experienced greater satisfaction of needs when compared to traditional school children. However, the well-being of children from both school types didn???t vary much and the causes can be attributed to factors outside classroom. These findings have some strong implications for policy makers, educators and parents.