PORTRAYAL OF SIKHISM IN HINDI MOVIES 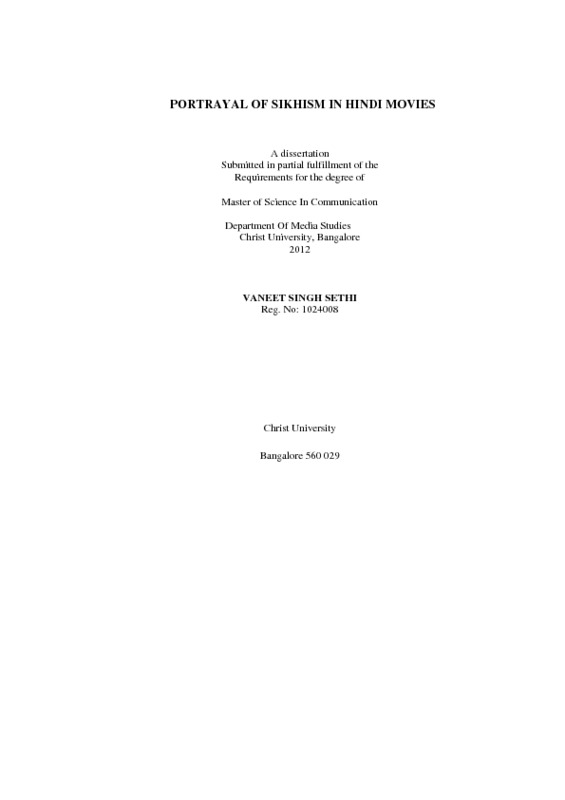 PORTRAYAL OF SIKHISM IN HINDI MOVIES

A Sikh is known for his strength and valor, comedians, a true friend to someone, dedicated, hard work. These are the general characteristics that are taken into consideration while dealing with how we perceive their nature on screen. Over the past few years Portrayal of Sikhism has evolved from being a comedian to a more serious role and some of the stories being based on true lifes of Sikhs. With portrayal of Sikhs in Hindi movies, the image of the community has been lifted despite them being stereotyped in cinema in form of various actors, enacting the roles of a Sikh on screen whose enactment has helped in uplifting the communitys image in the minds of the people despite the Sikh religion being the lowest in the population count. With the portrayal of Sikhism in Hindi movies today, their culture and traditions have also being recognized by the people and in almost every third Hindi movie released today has an element of Sikh culture in it directly or indirectly. The main aim of the research is to find out about the general perception of the audience when they see a Sikh now when compared past with regard to the transformation of their roles.